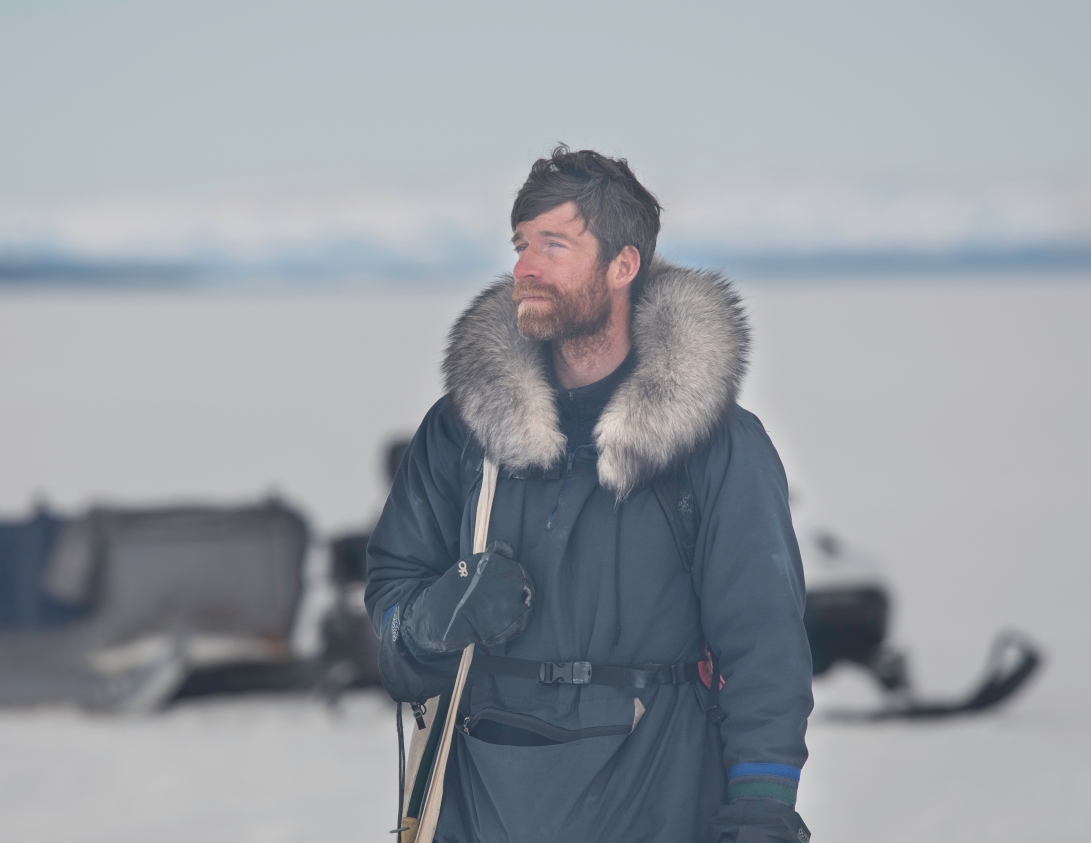 I met up with Andrew Bresnahan on a snowmobile trail just outside of Goose Bay as he was completing the last leg of his 2017 South Aulatsivik Expedition.   Andrew had left his hometown of Makkovik by himself that morning and with great conditions, for traveling on the land, he arrived in Goose ahead of schedule.  His trip was ending where it began, but this time he was traveling alone and I was there to welcome him and hear about his epic adventures.

On his way north to South Aulatsivik Island Andrew and his two other expedition partners stopped to visit family and friends in Makkovik before traveling north to Nain.  In Nain the group visited friends to go over maps and gather local knowledge of the dangers of the upcoming trip including “rattles” – small polynyas or ice free danger zones generated by tidal currents as the ocean is forced through narrow channels between islands and other land forms.

It was in Nain he was told Aulatsivik means “the place that has everything you need”.  After seeing the place for himself he claimed “it was evidenced everywhere we travelled – places to fish in the summer and fall, and signs of seals, lynx, wolf, rabbit and ptarmigan and even caribou.”

Andrew told stories of using ice axes and crampons to summit Mt Thoresby before using skis to descend the 1000 vertical meters to the base of the cliffs to find polar bear dens and located and caribou tracks.  Having read “The Return of Caribou to Ungava” before the expedition, Andrew admitted he spent months leading up to the expedition dreaming about caribou and said “it was truly a beautiful experience to track and find the caribou herd on skis,” bringing back memories of his childhood in Makkovik listening to his dad and others tell hunting stories.